29 year-old Chikondi Mandala is an Assistant Registrar at the High Court of Malawi. In her early twenties, she became the youngest magistrate in Malawi’s history. Today, on International Women's Day, we’re shining a light on Chikondi and the work she does. 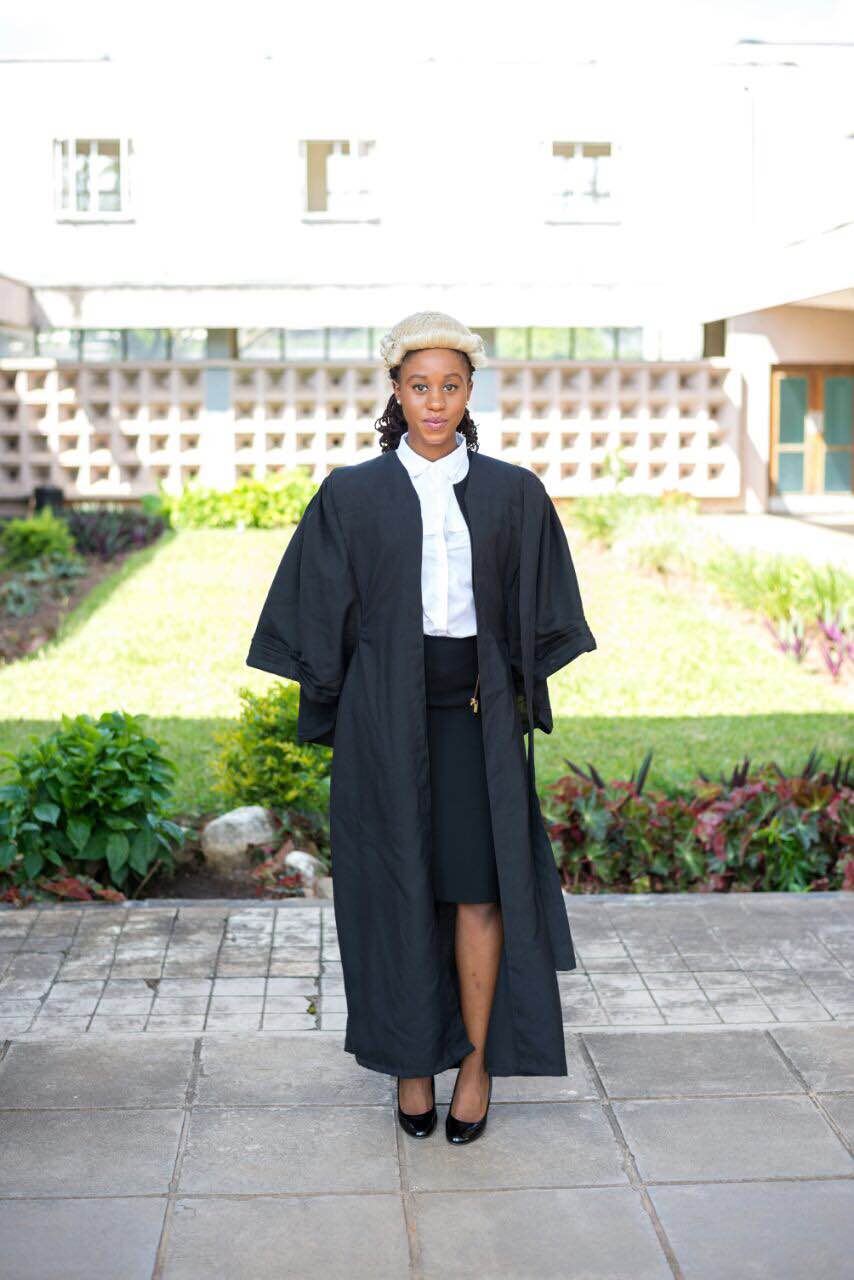 IRLI: What is your job?

Chikondi Mandala: I am a Judicial Officer responsible for adjudication. In my current capacity, I exercise the jurisdiction of a High Court Judge in chambers and fulfill administration tasks as an Assistant to the Registrar.

What made you interested in the work you are doing? Did it have anything to do with your upbringing?

I joined the Judiciary after a personal experience where burglars broke into our family home in the dead of night, stole property and left us with injuries. One of the assailants was apprehended and delivered to the police station where he was released without any documentation being processed. To this day, there is no record of his arrest at that police station. Having gone through these experiences, I was motivated to become an actor in the justice system, having had a first-hand experience with crime, as a victim, so that I may deliver good quality public service and to be the public servant that was not available to me.

What area of expertise are you involved in?

I am currently attached to the Civil Division of the High Court. I also conduct volunteer work with the Women Judges Association of Malawi whose goal is to enhance access to justice for women and children; and the Gender and Justice Unit that focuses on legal empowerment as one of the most powerful catalysts of gender equality and social justice. My research interests are women and gender, law reform and development, and the interaction between law and the societies it serves.

How important is your work to you? And why?

This work is very important to me as I believe that law does not exist in a vacuum. The implementation of law and policy ought to consider the societies with which it interacts. Law should be placed in its social context.

Can you tell us about your work with the IRLI?

I have worked with the IRLI in various roles. I have been trained under various IRLI programmes, mainly on topics in the criminal justice realm. I have also trained fellow Judicial Officers on the Prevention against Domestic Violence Act, Self Defence and Intimate Partner Violence, as well as training paralegals under the IRLI’s training programme on Bail Guidelines.

What is the situation in Malawi for women? Can women’s rights in the country be strengthened?

The Malawian Constitution contains principles of national policy, the first of which is gender equality. Through this principle, the State is mandated to achieve gender equality by ensuring the full participation of women in all spheres of Malawian society on the basis of equal opportunities with men; the implementation of the principles of non-discrimination; and the implementation of policies to address social issues such as domestic violence, security of the person, lack of maternity benefits, economic exploitation and rights to property.

The Malawian Courts have been instrumental in upholding various rights and declaring some State acts as unconstitutional. 2020 particularly saw numerous constitutional challenges including, the denouncement of rape, and extortion by members of the Malawi Police Service. In a September 2016 determination, the High Court ruled that arresting prostitutes/sex workers was discriminatory and aimed at embarrassing the arrested women. Nineteen women labelled prostitutes/sex workers were arrested during a raid at a rest house. Upon review, the Court held that section 146 of the Penal Code that criminalises ‘living off the earnings of prostitution’ does not target sex workers themselves but those who exploit them.

Despite the wins that Malawian women have experienced, there is still room for improvement.

Do you believe that women have equal rights and opportunities as men?

Women have a triple work burden that consists of productive, reproductive and social responsibilities. Women spend a lot more time attending to household activities than men. Often, this work is unpaid and not recognized as work. The responsibility of women for reproduction of the household (and, by extension, of society) involves the functions of caregiver, cleaner, cook and seamstress, among others, to which can be added, in rural agrarian societies, that of subsistence food producer. These responsibilities severely limit women’s possibilities of fully actualising their rights and seizing opportunities.

The economic participation and opportunity gender gap is the second highest gender gap at an average of 41.9 percent after political participation. In 40 percent of the World Economic Forum’s research countries, women do not have the same access to financial services as men and in 58 percent of the countries assessed, women do not have access to land ownership. Around 70 percent of formal women-owned/led small and medium enterprises (WSMEs) in developing countries are not able to receive financial services from financial institutions. Despite women’s inability to receive financial services, in 127 countries the law does not prohibit discrimination on the basis of gender for access to credit. The global internet user gender gap was at 31% in 2016 in so-called Least Developed Countries (LDCs) as opposed to 12% globally. 57% of developing countries consider education services key for empowering women; and 47% of developing countries identify information and communication technology as a key sector to foster women’s economic development. However, women have a lower rate of mobile phone ownership with 300 million fewer female subscribers with handsets than men. Improving opportunities for women improves not only women’s standard of living, but also their status and bargaining power in the family increase. This is sometimes known as the "power of the purse".

Do you believe that Covid19 has had a disproportionately negative impact on women, both in Malawi and around the world?

All around the world, balancing work and household responsibilities has been identified as an additional barrier for women as they spend twice as much time as men in domestic work. With Covid-19, the distinction between work and the household has been blurred. In addition to household responsibilities, women have the additional role of homeschooling children, working, and taking care of the family that is couped up in the same house every day for days on end. Further, for women in abusive relationships, they are in confined spaces with their abuser for extended periods of time. Prior to Covid, if an intimate partner is employed, their time away from the home was a time of respite for the abused partner. Finally, the burden of caring for loved ones when they are sick and providing essential goods to loved ones during stay-at-home seasons is often placed on women.

Do you believe that the future is bright for Malawian girls and women?

What professional/personal experience has had a lasting impact on your life and outlook to life?

If you had any advice to offer to young women, what would it be?

Continue to dream because your dreams are valid. Continue to work hard, persist towards achieving those dreams because they are attainable.