In the latest in our series profiling Irish and Northern Irish Lawyers who have worked abroad, we spoke with Professor Raphael Heffron, who is originally from Cobh in County Cork and works in the energy and climate sector. He is one of the foremost scholars in the world on energy justice, which is about the application of human rights across the energy life-cycle, i.e. applying the rule of law in the energy sector. He has published over 140 publications of different types and is the most cited scholar in energy law worldwide (1340+Scopus). Professor Heffron has also received an EU Jean Monnet Professorship and the youngest ever to receive it twice (in 2016 and 2019); it is one of the highest awards for non-science academics in the EU. He is also elected to the Royal Society of Edinburgh Young Academy of Scotland in 2018. 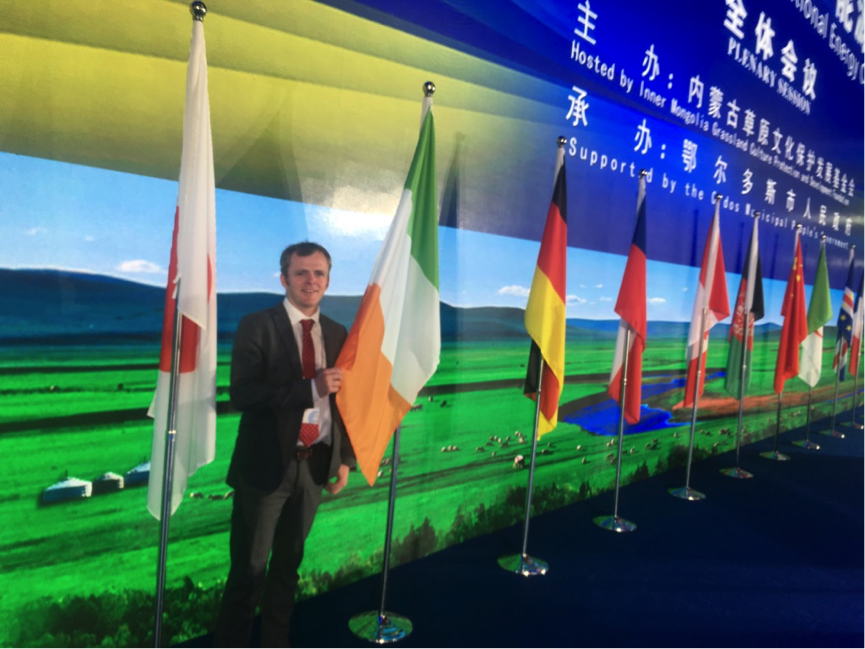 Keynote Speaker at The World Energy Summit in 2018 in Inner Mongolia in China, where Raphael spoke alongside 4 Nobel Prize Winners

RH: I graduated from TCD and qualified as Barrister-at-Law at King’s Inns, and also then a graduate of both Oxford (MSc) and Cambridge (MPhil & PhD). It was at Cambridge where I fully specialised in energy working with an interdisciplinary energy team there and also visiting MIT in the US with their interdisciplinary team as part of my PhD program.

I was initially interested in impacts on the environment which I attribute to growing up on Great Island where Cobh town is. On such a small island, the environment and the impact of human activity is more visible. I thought law was an opportunity to protect those interests and at the same time enable development for such small communities.

As I studied and learned more, I gradually began to focus on the energy sector in my Masters degree at Cambridge and stayed on for a PhD. My work now focuses in a major way on ensuring justice - i.e. fairness, equality, equity and inclusiveness – in the energy sector. I have visiting appointments in universities in Asia, Africa and the EU, and in the past in the Americas. I hope through my teaching to encourage the next generation of ‘justice’ scholars worldwide. 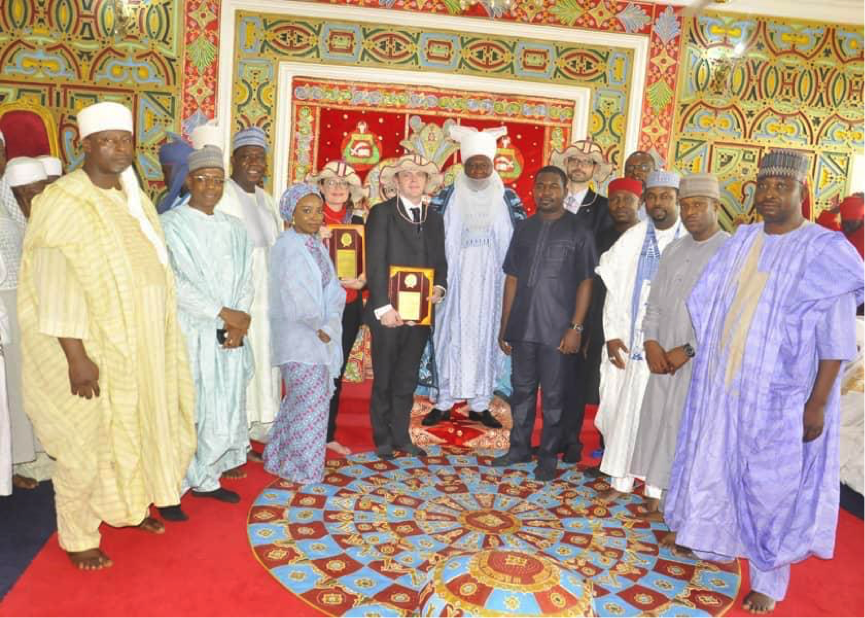 I have been fortunate to be invited to many places in the world to speak on international and national energy law, policy and economics. There are different challenges in different countries, but I guess, for me, it is about educating or talking to different groups about the boundaries of law in the energy sector. I have given talks in 45 countries across the world to-date, so there have been many joyous experiences. Perhaps a memorable one was as a keynote speaker alongside 4 Nobel Prize Winners at the World Energy Summit in 2018 in China.

What gives me the satisfaction is that more and more people are interested in the application of justice (i.e. the rule of law) in the energy sector. I see this through those invitations I receive, but also in that my work has been translated into Chinese, Persian, Arabic, Russian, Spanish, French, Italian and Portuguese.

This is an exciting time in the energy sector as many researchers from other disciplines such as engineering, the sciences, and the social sciences are and want to work on justice issues. Never before have so many wanted to work with the legal community and I think we need to capitalise on this momentum. We need to think about new ideas and opportunities to continue the engagement and that is where I have great expectations for IRLI !!!!

You are a Professor of Global Energy Law & Sustainability and Jean Monnet Professor in the Just Transition at the University of Dundee, what does this work entail?

It involves teaching and research on energy law and sustainability. I am also an EU Jean Monnet Professor in the Just Transition, which is a broader topic than just energy and looks at the wider societal aim of a low-carbon economy. I spoke at the same event last year as President O’Higgins on the just transition, and it’s a big issue in Ireland and the world-over on how we switch our economies to be based on clean rather than dirty energy.

I do a lot of research on these issues across the world and with collaborators from across the world in research and legal practice. I also teach on energy and just transition issues at Dundee, which has the leading international research and teaching expertise on energy law and policy in the world, at the world famous Centre for Energy, Petroleum and Mineral Law & Policy. It is an honour to be here and, in many ways, as academics, we are holding the institution and improving it for the next generation.

Given the problems in the energy sector globally, we need to do a lot of research and teaching in this area. Unfortunately, past generations were a bit too focused on profit and development, hopefully we can change the cycle and improve equality and justice in the energy sector and in a boarder way achieve a just transition to a low-carbon economy.

You are also a lawyer at Jansons in Brussels, Belgium, what do you do there?

I was just appointed late last year in December as Senior Counsel, which is a huge honour. I look forward to working on exciting cases around the world where they work. But it is too early to say what cases, ask me in a year! 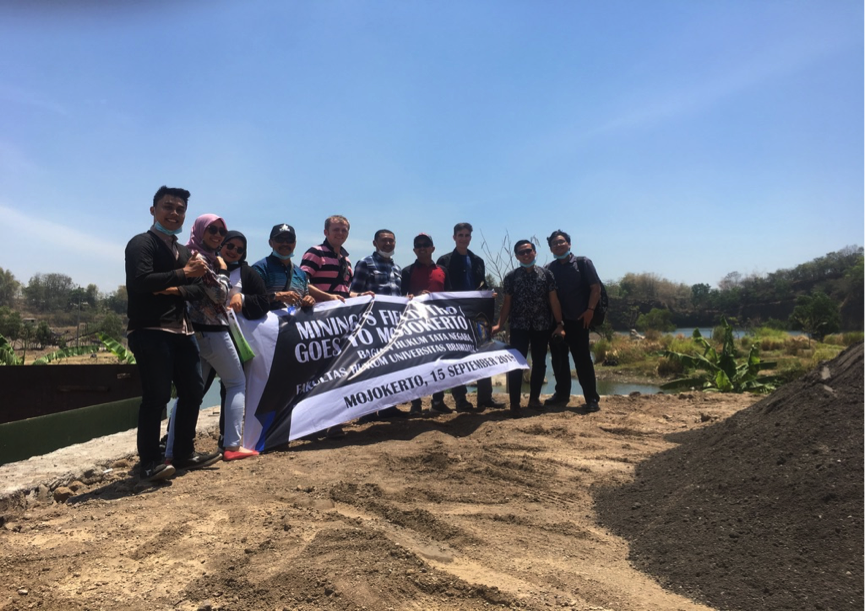 At a mine decommissioning project in the east of the island of Java, Indonesia

It was a gradual process, but I guess, I was prompted by a desire to work on big large-scale energy projects. The reality was post the 2007-2009 crash, when there were more opportunities abroad, and to work in the energy sector it is vital to have experience abroad. I am lucky enough now to work at the oldest and leading research and teaching centre on energy law in the world, so I embrace the opportunity, despite missing the old sod!

Energy for me is an exciting area, we all use it everyday, whether it be for our cars or electricity in our houses. It is great to be in such a fast moving industry and one that everyone has some familiarity with. It is unfortunate that it is considered one of the most corrupt and also environmentally damaging sectors of the world. Hopefully I can play a role in changing that.

I am researcher and an educator, so for me, hopefully I teach the next generation on justice in the energy sector and also that my research can be taken forward by politicians and into policy-making. I have spoken at the UN Headquarters, the Australian Parliament and also the Canadian Parliament a couple of weeks ago and it's rewarding. However, the real impact, I guess, which I will not see in many cases is that students will take on what I teach and some will teach the same lessons of justice in our society to their students across the world.

You just get one life, so there is only so much you can do! I learnt that you have to go work hard if you want to be a success. There is a famous golfer who said the harder he worked the luckier he got. We can work hard and go for it and that’s what I have done! I would have liked may other careers, but we can not be greedy in life and I am fortunate to have this one. Suffering is caused every day in different parts of the world because of the energy sector, and my role is to contribute to alleviating some of that. 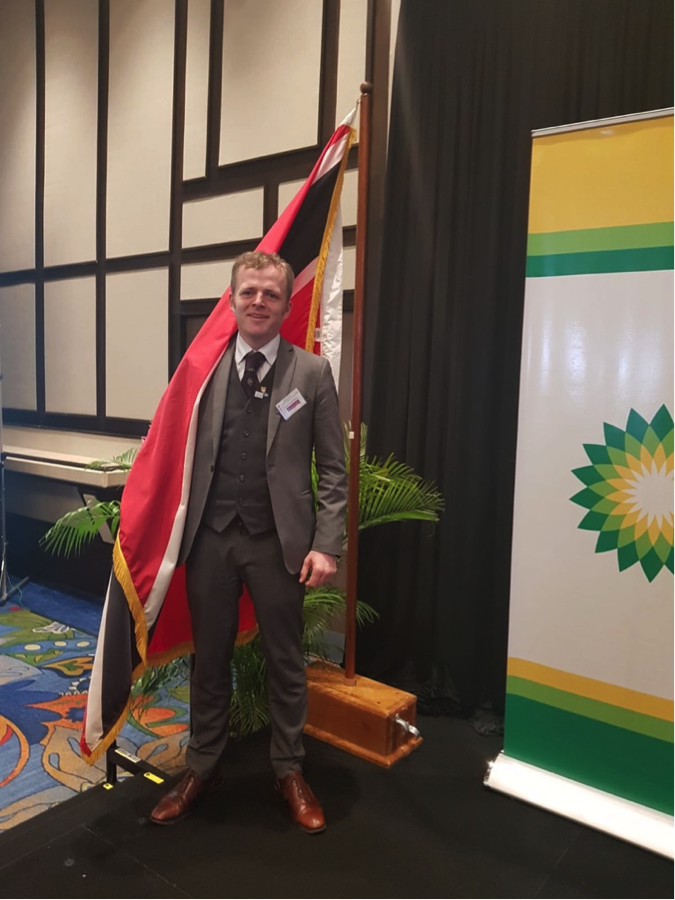 Yes, today a law student needs to engage in data, understanding for example, climate, energy and environmental data will be crucial in legal contracts and cases in the future. It will also be useful for a wide variety of other areas in crime, medical law etc. We produce more data each day and this trend will only continue. Doing some data science course will have a strategic benefit for your entire career. I would do a Masters in it if I had the opportunity!

Yes, inequality is on the rise across the world and I hope all potential lawyers remember in their decision-making that principles of justice need to be behind their decisions. We need to leave a fairer and sustainable world for future generations.