To coincide with the UN Climate Change Conference, COP26, which is entering its second week in the UK, we’re continuing our focus on climate change and sustainability issues and their relevance to the legal community, especially to young lawyers entering the profession. 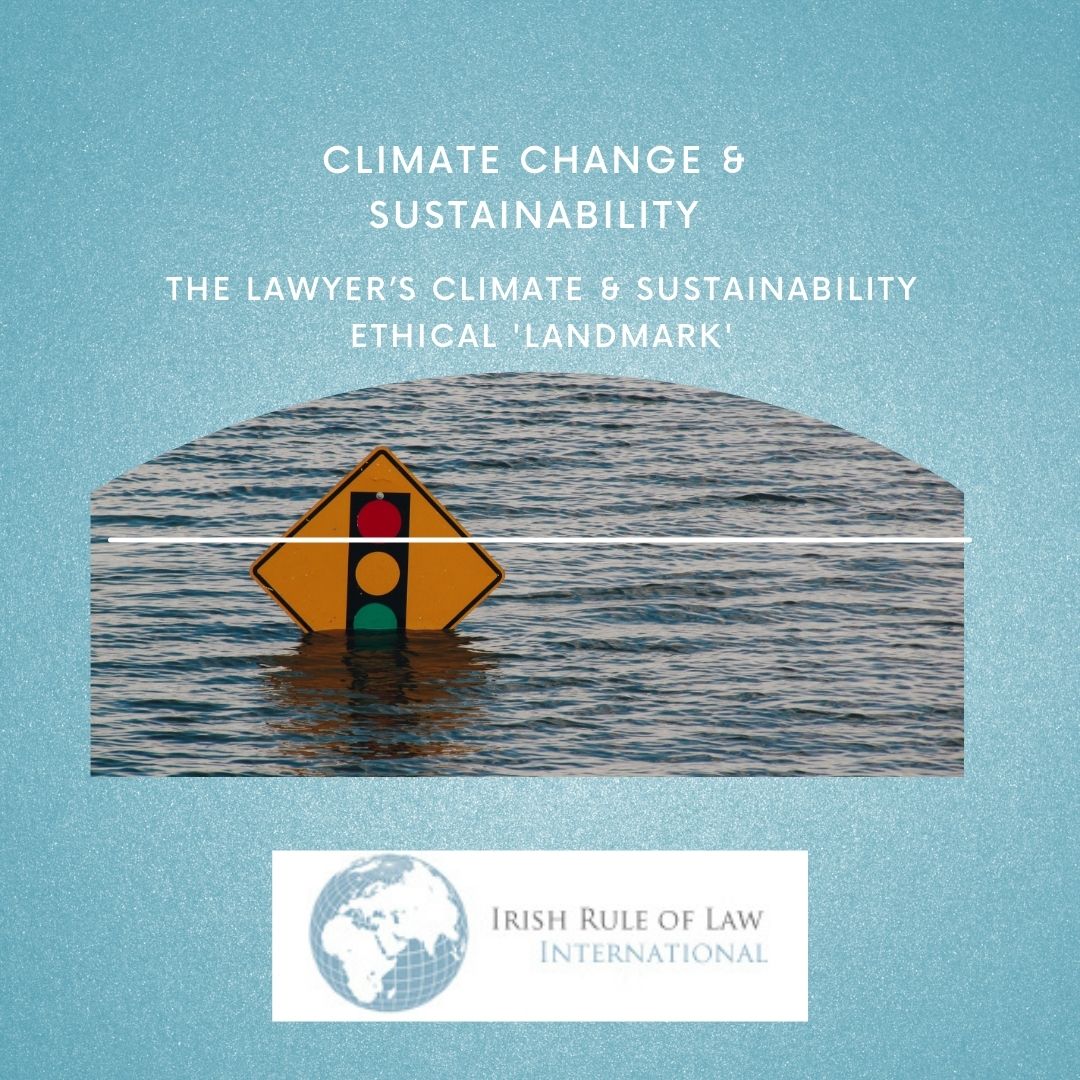 It is clear that, as a legal community, we have arrived at an ethical juncture where the contemporary lawyer (and Judge) has to embrace the winds of change that result from climate and sustainability issues. These issues may not all be covered within existing legislative and regulatory frameworks, but it is a massive issue when applying the rule of law. Increasingly, in the context of climate change - through climate and energy justice frameworks (which our former President Mary Robinson is world-renowned for) - we hear of our obligation to act based on what type of planet we are leaving for future generations.

The issue of justice considerations for future generations has been a prominent feature of the COP26, and the key message which has been put forward by the climate activist Greta Thunberg since she starting her advocacy. Public policy is changing in many countries on climate issues and directly influencing corporate behaviour. It was only earlier this year in May that the Dutch Courts stated that Shell, a major multinational Dutch company, had to comply with the Paris Agreement 2015 and contribute to the national Dutch effort in limiting carbon emissions. The big effect here is that the Dutch national courts have directly influenced a firm’s corporate strategy, and successfully so.

The contemporary lawyer will have to advise clients that this is the ultimate interference and can happen. If a company is not complying with international agreements on climate and sustainability issues, there is a direct threat of action on the company itself and even potentially on the Directors. To ignore such warning signs, and not to mention the potential future commercial risks, from not applying climate and sustainability data driven analysis when advising a client, will probably result in being replaced as the client’s lawyer.