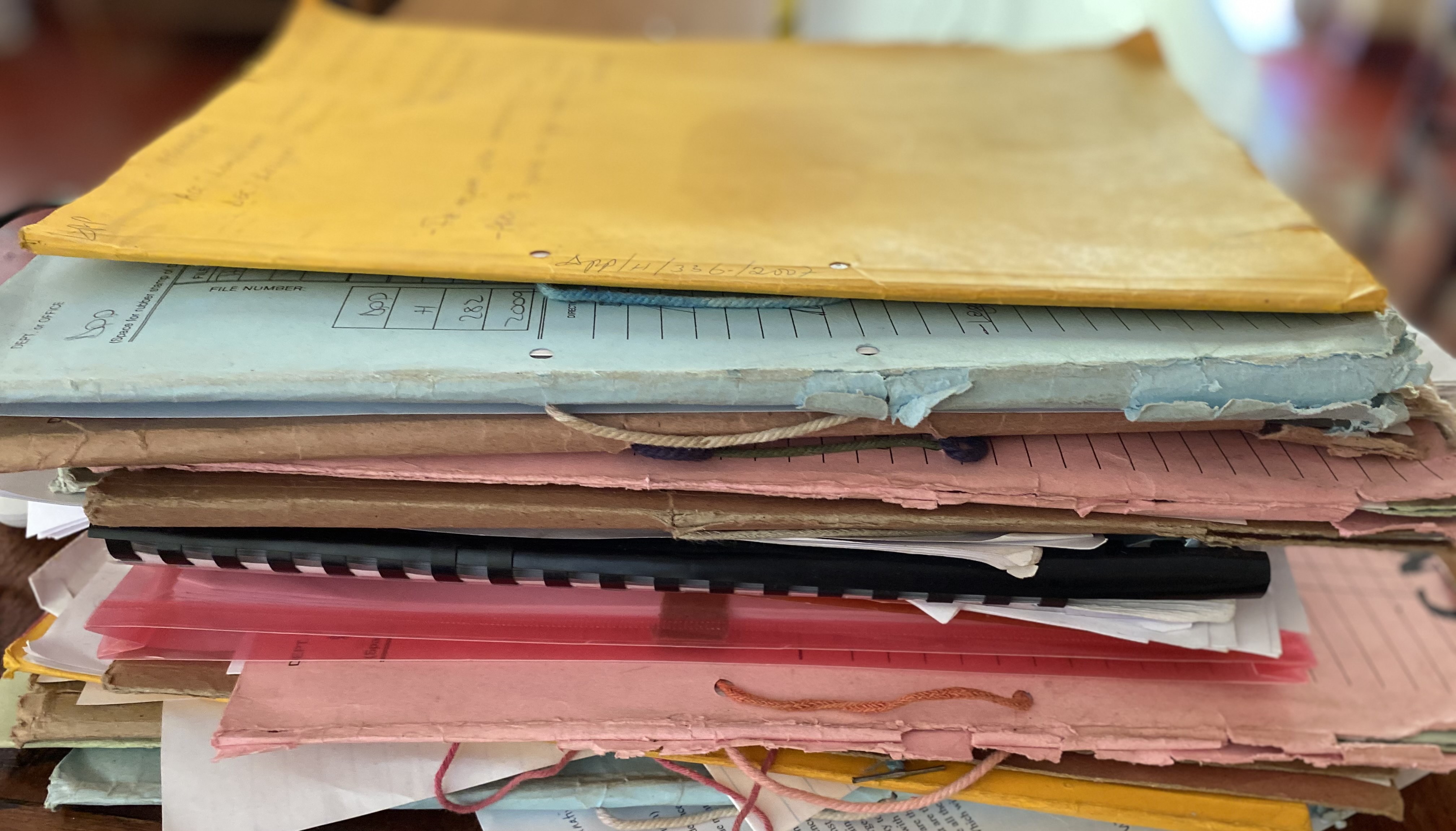 As with many developing countries, Malawi functions under a common-law legal system imposed during colonialism. The rights of accused persons enshrined in the Constitution, such as the right to counsel, the right to a trial within a reasonable time, and the right to be presumed innocent, mirror those contained in international human rights instruments and give a false sense of institutionalised justice. In reality, the system in Malawi struggles to function at almost every stage of the criminal justice process, due to an extreme lack of resources.

Investigations often fail to achieve the bare minimum, such as gathering evidence which is not exclusively hearsay, or exhausting all leads to ensure the right person is arrested. Sometimes suspects or important witnesses simply cannot be found. And there is no reliable infrastructure for tracing people. For instance, while fingerprints may be taken, it is unclear the extent to which they are databased. Investigators largely rely on information supplied to them verbally. In these instances, investigators may arrest those they can find, and that they reasonably believe to be responsible. Because of the difficulty of tracing all people who might shed light on a particular crime, suspects or witnesses, crucial to the investigation, are frequently not spoken to at all. Even where the suspect may have circumstantial evidence against them, it is rare that the evidence will reach the standard of beyond a reasonable doubt – police torture often results in false confessions in Malawi, DNA testing and CCTV footage are extremely rare in cases where they could be useful, and much of the evidence gathered is in the form of hearsay. 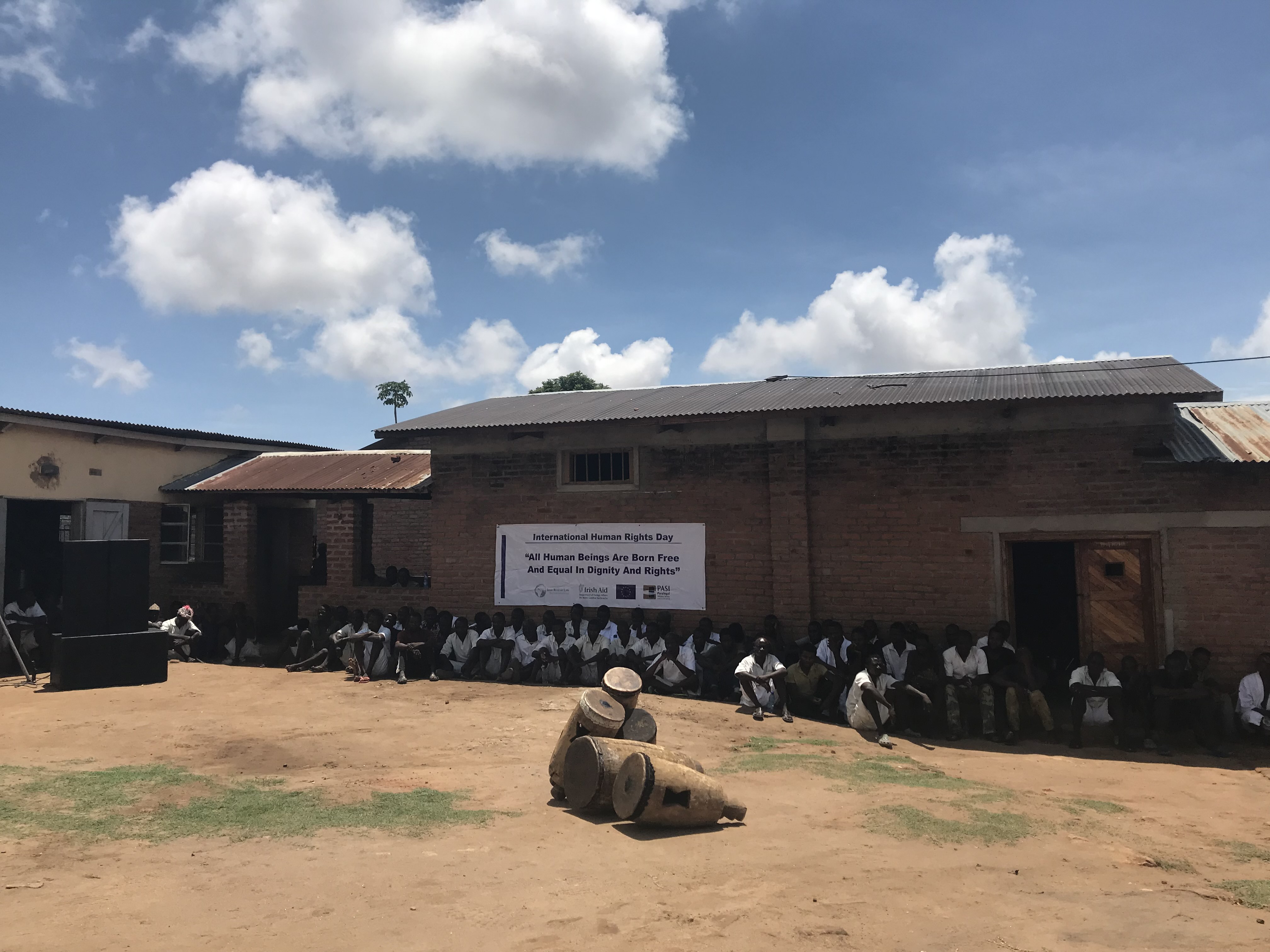 Suspects are often arrested in the midst of investigations, meaning they are forced to remain in custody even where there is insufficient evidence to charge them; they may not even know what they are being accused of at the time of arrest. Police make these arrests in the hope of eliciting evidence from the suspects while in custody. In one particularly egregious example, six people were arrested in relation to a missing person. The offence was later categorised as “alleged murder”, which is not a crime in Malawi. These six people were held in police detention for between three and six months, with no evidence that they had been involved in the disappearance, nor any evidence that the alleged victim was actually dead. There was not even evidence to ground an assault claim against the accused persons. None of the suspects were questioned in relation to a murder, meaning they were not informed of the charge levelled against them. Eight months after the disappearance, the “victim” was discovered alive. In his statement, he did not imply the disappearance had anything to do with any of the six accused persons. These six persons remained in custody until the matter was brought to the attention of the Directorate of Public Prosecutions (DPP) through a bail application on their behalf.

There is also severe underfunding to protect vulnerable groups in Malawi, such as children and victims of domestic or sexual violence. The issue of protection of these vulnerable groups extends not only to those who are victims, but those who are accused of crimes as well. For instance, the Child Care, Protection and Justice Act, 2010 prohibits accused children from being detained prior to a finding against them, unless it is successfully argued by the DPP that there is a need for detention. Even where it is ruled that the child should be detained, they should be held at a “safety home”.

In reality, there are sometimes children accused of serious offences being detained prior to their trial for years, without approval from the DPP, and being held in correctional facilities for youths (called reformatory centres), rather than safety homes. Safety homes do not exist in Malawi. This means that children, who are presumed innocent, are being forced to remain in facilities meant only for those who have been found responsible for crimes. Children accused of crimes need a social inquiry report by a probation officer before they can go to trial, as well as a capacity assessment to see whether they were capable of understanding and being responsible for the crime, if they were under the age of 14 at the time of the offence. These reports are frequently not completed, which may be due to the lack of probation officers in the country, a lack of training of police officers to refer children to these requisite resources, or both. 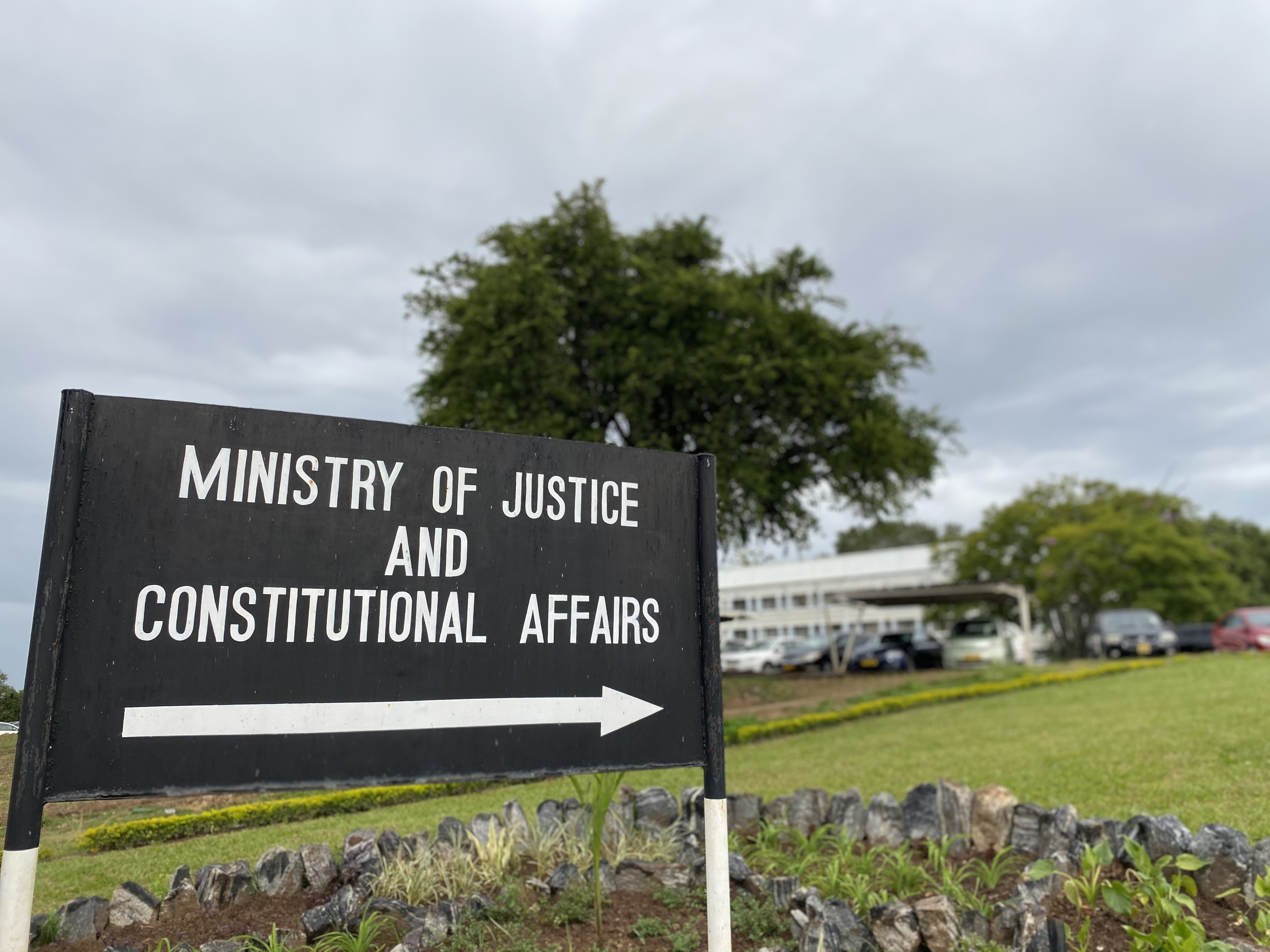 One child was arrested for homicide at 10 years old, never received a social inquiry report or a capacity assessment, and proceeded to be held in the reformatory centre without his case being committed to court for almost three years, before being released on bail. Unless a capacity assessment is conducted almost simultaneously to the time of the offence, it would be impossible to assess a child’s capacity years later. At the stage that this child was released from the reformatory centre, there was no chance that he would be convicted at trial, as it would be impossible for the court to determine that he had capacity three years prior.

Those who are the victims or witnesses of crimes also face a distressing reality; child witnesses are often asked to testify “in chambers” with the accused person only one seat away from them. This is done under the guise of protection of privacy of the child, yet it contributes to the traumatisation of the child witness. It is done this way as there is not a possibility, in some of the Magistrate Courts, to facilitate testimony through CCTV, due again to lack of resources.

A severe shortage of available lawyers (on both prosecution and defence sides) causes difficulties in fulfilling the right to counsel of those most vulnerable. As of now, free legal counsel is only guaranteed to those charged with homicide. The majority of people detained and charged are accused of petty offences and are therefore ineligible for counsel. They may not understand their rights, meaning they could end up detained for a significant amount of time without moving their cases forward. The official language of the court is English, but not all Malawians speak English fluently, meaning many self-represented accused persons have to try to understand legal terms in a language they are not fluent in – another legacy of colonialism that is felt by the most marginalised in Malawi’s society. Even in homicide cases where representation is available, because of the dearth in lawyers, the same lawyer may represent all accused persons, even where their evidence incriminates one another or creates another conflict of interest. A lack of lawyers also means that vulnerable victims and witnesses have to be cross-examined by the self-represented accused persons. In some Commonwealth jurisdictions, the government will appoint a lawyer to lessen the trauma of the victim in having to face the accused person in this manner; unfortunately, in Malawi, this has not become common practice, even in extreme cases. 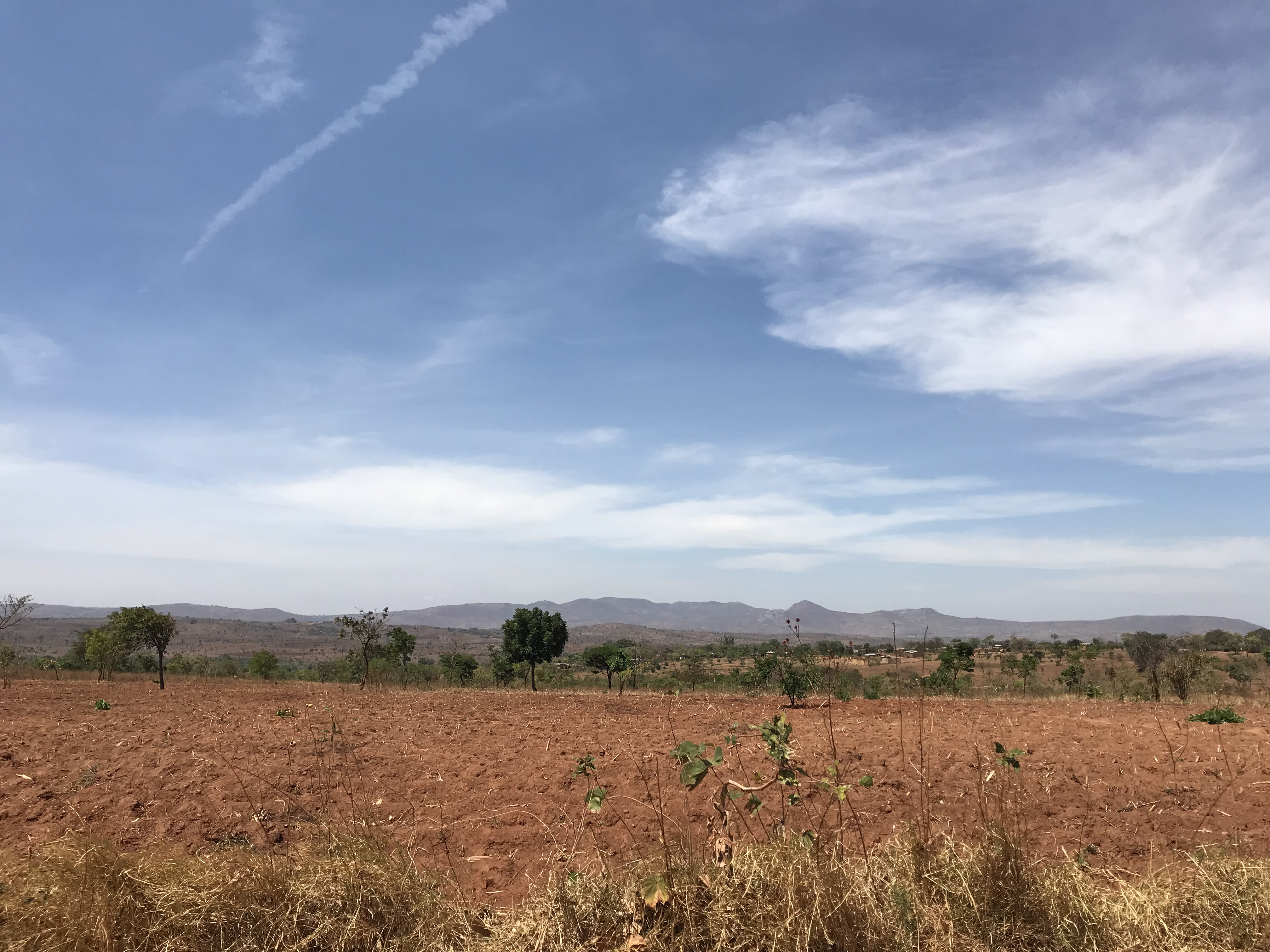 The resource issues in Malawi’s criminal justice system start even before an investigation is opened – they begin with the lack of accredited law schools and the minuscule number of lawyers in the country. The systemic issues throughout show that the colonial-imposed institutions placed here fail to function in a context where there is a lack of resources and underfunding; colonialism has left an enduring legacy of poverty and discrimination against those with less means. Criminal justice institutions are only as good as their resources allow them to be. Despite the limitations on the system, Malawi recently issued a landmark judicial decision, overturning a mishandled election, the second of two African countries to do so. This decision shows the potential for Malawi to be a leader in the legal sphere in Southern Africa, and globally. But there is first a need for Malawi to focus on developing their justice system, whether it is to add more resources so that the system already in place can function properly, or to consider approaches which might better serve the Malawi public, and those accused of crimes.