In the latest in our series profiling Irish and Northern Irish Lawyers who have worked, or are working abroad, we spoke with Cóman Kenny from Roscommon who is currently working as a lawyer with the Independent Investigative Mechanism for Myanmar, which was created by the UN Human Rights Council to investigate the most serious international crimes and violations of international law committed in Myanmar since 2011. Cóman previously worked as a lawyer in the prosecution at the Extraordinary Chambers in the Courts of Cambodia (ECCC), commonly known as the Khmer Rouge Tribunal. 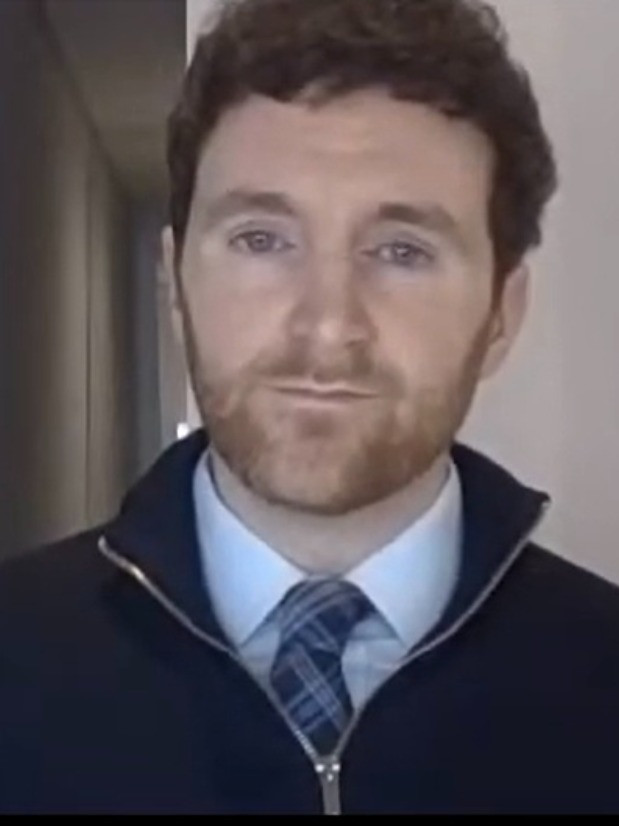 It was when I started to learn about social justice and human rights, and to understand that there was a possibility for lawyers to work to effect societal change. The influence of events in Northern Ireland was particularly important as I became cognisant of what had happened there as I got older. I also came to understand that people with a background like mine, coming from a small farming community with no family and other connections in law, could have a place in the profession.

International criminal law is still developing and has a distance to go before there is universal acceptance that it be applied in every situation where the facts warrant, irrespective of national interest or political considerations. I would like to do all that I can to help that process along.

There are many things that have impacted me in some way and a few that stick particularly clearly in my mind. In 2013, I attended a public outreach event in Freetown, Sierra Leone, that was organised to discuss and explain to people there the appeal judgment issued against former Liberian President, Charles Taylor, by the Special Court for Sierra Leone. It was a large open air gathering with hundreds of people sitting on plastic chairs and many others standing around the perimeter. Taylor had been convicted of, among other things, planning an attack on Freetown in 1998 – which had been named “Operation No Living Thing” and involved the commission of heinous crimes against the civilian population. Having worked on the case, it was very moving and humbling to meet and interact with people who had suffered so much as a result of Taylor’s actions, and to get some understanding of what the process meant to them.

In 2015, while undertaking a rule of law project in the Libyan city of Misurata, I interviewed lawyers who kept the blinds drawn in their offices and loaded weapons by their desks, for fear of being attacked by factions opposed to accountability efforts related to the civil war. Misurata had experienced some of the bloodiest conflict and attempts to come to terms with the crimes that had been committed were extremely complicated. It was a very stark reminder of the grave risks that some people face in merely trying to do their job.

Another that left a deep impression was examining in court a victim of forced marriage in a trial against Khmer Rouge leaders in 2016. The individual spoke about having been engaged prior to the Khmer Rouge coming to power and being subsequently separated from his fiancee, and them both being forced to marry other people and consummate those marriages. He also said that he had not been able to talk about what had happened and that the trial was an opportunity to speak and be heard. The testimony was very emotionally charged and impactful. And it was highly relevant to the criminal allegations that we subsequently succeeded in prosecuting. 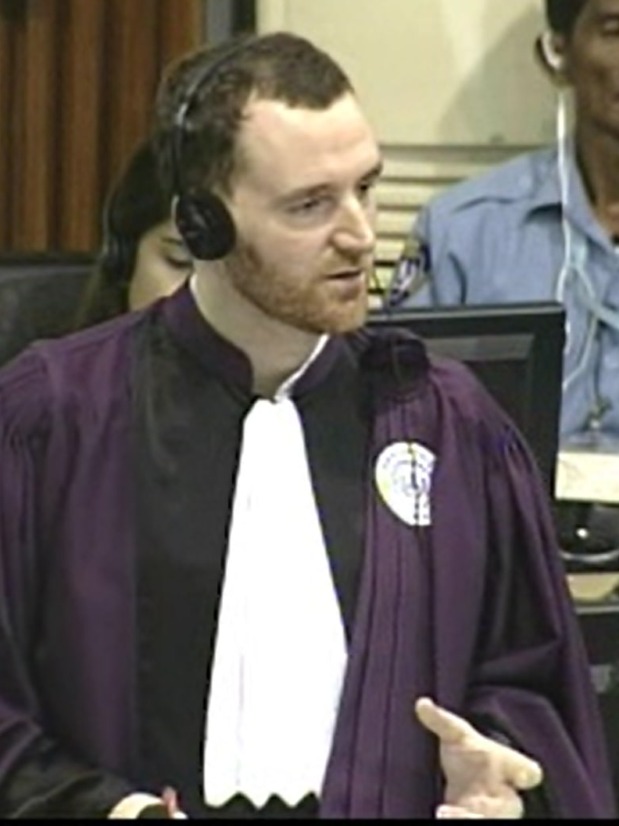 The work was very varied and challenging. We were a small team of lawyers in the prosecution office working on multiple cases involving crimes against humanity, war crimes, and genocide relating to the Khmer Rouge regime. The court was a UN assistance mission to Cambodia, so we were working alongside Cambodian colleagues to bring to account those most responsible for what had occurred from April 1975 to January 1979. We worked on cases at pre-trial, trial, and appeal, and the tasks ranged from investigation requests to litigation between the parties and challenges to rulings on points of law and fact. Being in the country where the crimes took place meant that many people could attend proceedings, see what was going on, and learn about the process. Many victims were also able to participate in the proceedings as civil parties, meaning their interests were represented by lawyers in the proceedings. Part of our job was also to engage in public outreach activities – to explain our role as prosecutors to the public and how the court worked.

What sort of cases have you been involved with that you would like to discuss?

The Charles Taylor case at the Special Court for Sierra Leone was important for several reasons. It was the first conviction of a former Head of State (am not counting the case of Karl Doenitz, because he only briefly succeeded Hitler before standing trial at Nuremberg) and related to his involvement in the crimes committed in neighbouring Sierra Leone while he was President of Liberia. Taylor had never put a foot inside Sierra Leone, yet he was fuelling the atrocity crimes that greatly scarred the country. The case stands as significant international precedent for the individual criminal accountability of those responsible for facilitating and perpetuating conflict beyond their own borders, irrespective of their position.

Case 002/2 at the Extraordinary Chambers in the Courts of Cambodia is also a significant case. That was the trial of Nuon Chea and Khieu Samphan, the highest-ranking surviving leaders of the Khmer Rouge, and was one of the largest criminal trials in history. It involved the gravest of crimes that victimised millions of people throughout the territory of an entire country during a span of nearly four years. The case resulted in convictions for crimes against humanity such as extermination, deportation, enslavement, imprisonment, torture, persecution, forced marriage and rape; war crimes such as wilful killing, inhuman treatment, and depriving prisoners of war of a fair and regular trial; and genocide of two groups, the Muslim minority known as the Cham, and the Vietnamese population in Cambodia. It brought some measure of justice to one of the darkest episodes of the twentieth century and showed that accountability can still take place even decades after crimes are committed.

You now work in Geneva on the UN mechanism, investigating crimes in Myanmar/Burma, what does this work involve?

The Mechanism is conducting investigations into the most serious crimes and violations of international law that have occurred in Myanmar since 2011. The mandate is prospective, so we are monitoring events there daily. The situation of the Rohingya population has obviously received much international attention in the past years. Additionally, and less known, are the various conflicts that have been ongoing between the military and ethnic armed groups in different parts of Myanmar. Most recently, there have been extensive reports of violence since the military’s seizure of power in February. Our role is to conduct an independent and impartial investigation of what has occurred. We collect and analyse evidence in order to prepare legal files to facilitate criminal proceedings in national, regional, or international courts that have or may in the future have jurisdiction over such cases. 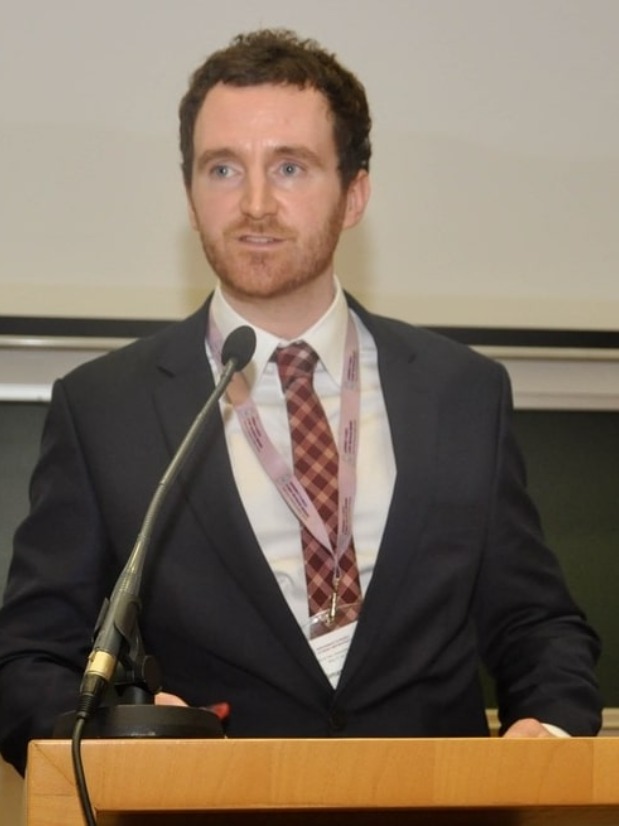 The simplest answer is that the work is taking place abroad.

It is a privilege to get to work on these kinds of issues – that have shaped countries and peoples. I think the motivation is a mixture of recognising how fortunate you are and feeling that you have been entrusted with the hopes of people who desperately want accountability and striving to your best to honour that.

Criminal accountability for international crimes (meaning those deemed to be of concern to the international community as a whole because of their seriousness) can take a long time – sometimes decades. It is difficult to keep public attention fixed on an issue to ensure that there is continued pressure on authorities to pursue justice. I would like to contribute to making the process more ingrained in people’s thoughts and in societies more broadly.

It is an extremely positive thing to experience a new culture and history through your work, and it is something I have really enjoyed. I hope I am fortunate enough to have the chance to get other opportunities to do so again in the future.

Keep building the core skills (e.g. research, analysis, drafting, and advocacy) and do not be too worried about taking professional diversions, so long as the experiences you are gaining are transferable to the type of role you ultimately want.

I would encourage people who are interested in law but do not think they can financially sustain a career at the bar to think about pursuing opportunities in international law. It is a broad field, with many different aspects to it and potential avenues to pursue.