In the latest in our series profiling Irish and Northern Irish lawyers and barristers who have worked, or are working abroad, we spoke with Alison de Bruir, a barrister, originally from Kildare and now living and working in The Hague. Alison has been been working as an international prosecution lawyer with the UN and the EU for nearly a decade. 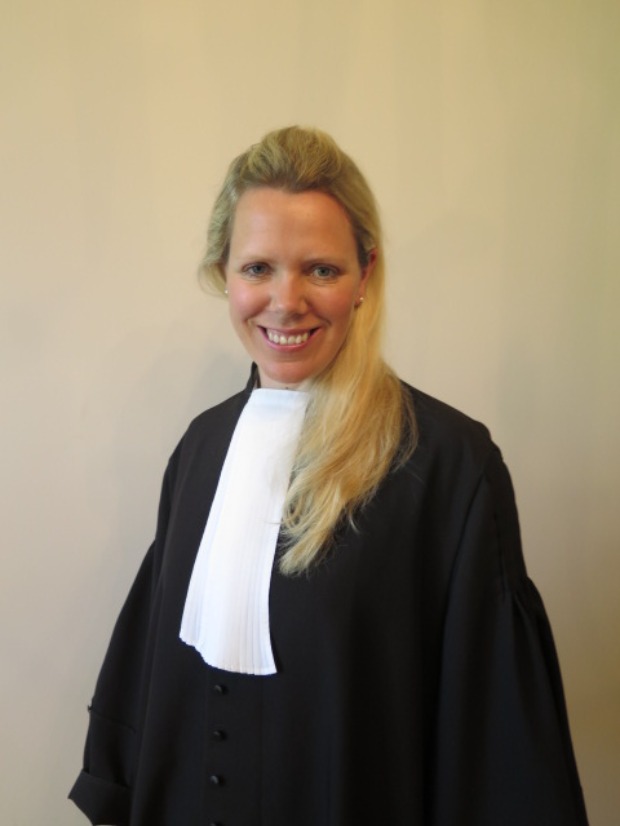 AdB: I graduated from Trinity College Dublin with an LL.B., and then from the King’s Inns with a B.L. degree. During my training at the Inns, I also worked as a Judicial Researcher to Judges of the Supreme Court in the Judge’s Library. I practiced as a barrister for over eight years, on both the Dublin and Eastern Circuit, practicing particularly in criminal law, but also in refugee, general civil and family law. I am also called to the Bar of Northern Ireland and to the Bar of England and Wales. While at the Bar, I completed an LL.M. in Trinity College, and also volunteered for FLAC, wrote case reports and lectured in various institutions.

From a young age, I have been very interested in legal practice and developed a keen sense of justice. My father is a barrister and he certainly had a positive influence on me in this direction! I’d always been aware of the power of the law to change, or influence people’s lives. There is a strong tradition of public service in my family, and the idea that we have an obligation to society to help better the lot of our fellow citizens by using our education or abilities has always been part of my subconscious.

International legal work was something that I had always wanted to do. Both my father and grandfather were officers in the Irish Defence Forces and had served as UN peacekeepers – my grandfather in the Congo in the 1960s, and my father in Syria and Isreal in the 1970s, and again in Lebanon in the early 1980s, so I am now the third generation of my family with UN service. Their experiences played a significant role in developing my early awareness of conflict, development and transitional justice.

While at the Bar, I gravitated more and more towards an international practice, so I returned to Trinity to do an LLM focusing on international law subjects. I also completed a course in Development Studies in Kimmge Develpoment Studies Centre. I became a member of Irish Rule of Law International in 2008, where I helped with the early preparation for grant proposals for the Malawi project and was fortunate enough to go to Pristina as part of a training course for Kosovar Defence Counsel. Ultimately, I took up the position of Prosecution Legal Officer (prosecution lawyer) with EULEX (Kosovo) in April 2012. 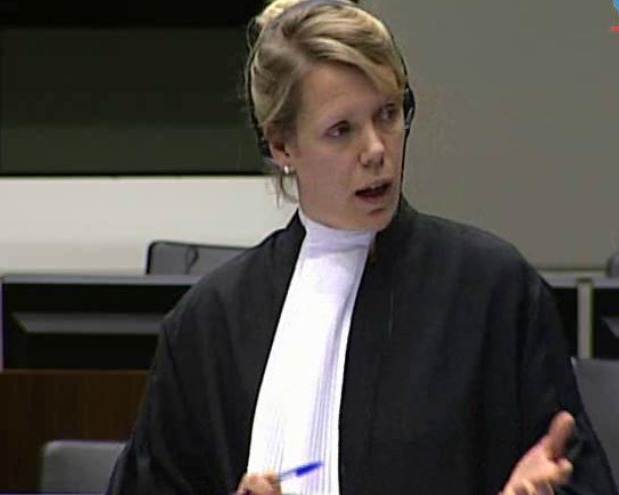 It is my hope that international criminal law continues to develop to further the fair trials of those accused of the most serious crimes, and so see some level of justice to victims and their families. As an ICL practitioner, the fact that the cases I have worked on will play a part in its growth is rewarding. When faced with frustrations and disappointments in the ICL system, it is helpful to keep ICL’s relative youth in mind – in contrast with our own Common Law system which has been in existence for nearly a thousand years. ICL has its imperfections, including requiring great political will to implement the systems and mechanisms that uphold it. However, I take hope from the fact that international criminal law and procedure, and more particularly the various mechanisms and organisations, are continually developing – for example there is a notable increase in domestic prosecutions of international crimes, such as the recent al Gharib conviction in Germany, which is extremely positive.

I have respect beyond measure for the bravery of victims and witnesses in testifying against defendants who wield great power in their states and communities. Witness protection is always to the fore in our casework, and the occasions where our witnesses have received credible threats have chilled me to the core.

You have worked at the at the European Union Rule of Law Mission in Kosovo (EULEX Kosovo), can you tell us a little about the work?

My work in Kosovo was primarily on investigations, which are prosecutor-led in the Civil Law tradition. I worked in teams of two with a senior Civil Law prosecutor along with a team of investigators (detectives). We also worked closely with Kosovar prosecutors. Coming from a Common Law background, my learning curve in this area was vertical. Investigations I worked on included corruption, human trafficking, enforced prostitution and war crimes/crimes against humanity. We interviewed witnesses and victims, took part in searches and crime-scene reconstructions, and drafted indictments (which are also in the longer, Civil Law form). My Common Law experience complimented that of my Civil law colleagues in the more adversarial elements of the Kosovar court process. The work was fascinating. Living in Kosovo deepened my understanding of the turmoil and difficulties it faces in recovering from its mass trauma.

What sort of cases have you been involved with that you would like to discuss/feel are important?

The lengthiest cases I have dealt with involved attempts by armed groups/paramilitaries (and their puppet-masters in the shadows) to force their will on other persons through violent means and to, essentially, dissolve a state in fact or in essence. The result has been suffering on a vast scale of countless victims caused essentially by the greed and/or misplaced ideologies of a few influential persons. It is of fundamental importance, I believe, to remain consistently aware of the the sheer power and capacity of the few to destroy the lives of the many.

You also worked at the Special Tribunal for Lebanon (STL). What did that involve?

At the STL, I was a counsel on the Prosecution Trial Team on the case of the Prosecutor v. Ayyash, Merhi, Sabra and Oneissi. The accused were charged with various terrorism offences related to the assassination of Rafik Hariri, the former Prime Minister of Lebanon, the murder of 21 others and the injury of over 200 innocent victims during a massive bomb attack in Beirut in 2005. A fifth defendant, Badreddine, had been killed in Syria mid-trial in 2015 and so the case against him was terminated at that point. I joined the prosecution in Autumn 2013, just before the beginning of trial, and was part of a sub-team responsible for presenting the evidence identifying the accused through mobile telephone data used during, and in preparation for, the attack. My colleagues and I spent nearly six months in and out of court leading the primary professional witness through this evidence alone. Interviewing lay witnesses in Beirut brought home very clearly the pressures they faced in testifying before the Tribunal. Cases of this nature are vast, and lawyers typically spend huge amounts of time preparing and tendering myriad grounding pieces of documentary evidence, before witnesses are even called. The dedication and determination of the investigators and analysts in combing through the vast amounts of call data records, identifying call patterns and piecing together the evidence of identification was enormously impressive. The case closed in the summer of 2018 and the accused Ayyash was convicted in September 2020.

You now work for the Residual Mechanism for International Criminal Tribunals (IRMCT), what does this work entail?

The IRMCT is the institution which has taken over the remaining cases of the International Criminal Tribunals for the Former Yugoslavia and for Rwanda. I am a member of the Prosecution Trial Team on the case of the Prosecutor v. Stanisic and Simatovic, in which the defendants, the ex-Head of Serbian State Security and one of his deputies, are charged with war crimes and crimes against humanity in Croatia and Bosnia Herzegovina between 1991-1995. This was a huge case, geographically and temporally, with multiple crime bases across two countries over four years. I joined in the summer of 2018, we closed the case in mid-April 2021, and are now awaiting judgment which will probably be handed down during this summer. 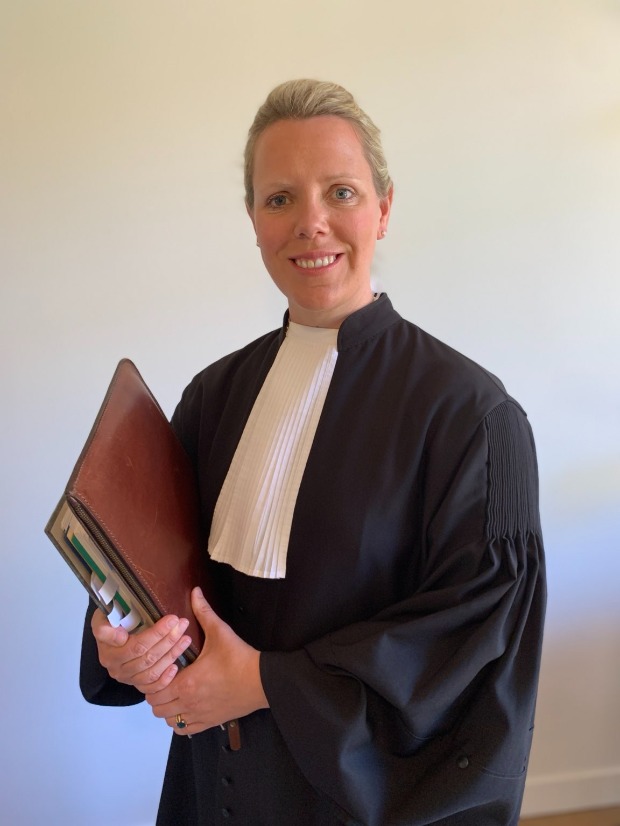 The situations and cases in ICL are extremely interesting, even from a purely intellectual point of view.

The cases are often huge, covering large areas and numerous crime-bases over time-frames of up to several years, and so dedication, vision and sheer grit are required to gather all the evidence and to piece it together into a comprehensive whole. Taking the intellectual aspect out of it, and looking purely at the human element, these cases plunge into the depths of what humanity is capable of. Working on them is both gut-wrenching and intellectually absolutely fascinating.

As international criminal law operates on an enormous scale, for the most part an individual’s impact is best made through contribution to the work of a team on a given case. However, on a personal level I can only hope that each aspect of each case I work on goes some way towards furthering the fair trial of persons charged with international crimes, the development of ICL and solidifying the rule of law.

Pursue an area you love and be determined. Don’t be put off by knock backs along the way and be aware that the process of finding your ideal position can take time. Where feasible, also select a practical area that you might not love so much, but in which you can work in tandem with your area of first love and that keeps you afloat while you pursue your ideal role. If you go into domestic private practice, you need to wear multiple hats and also develop the ability to run a business. If you want to go the international route, getting a year or two of domestic experience at the Bar or in a law firm is invaluable. Be brave, be imaginative, take opportunities with both hands. The work can be fascinating, it is often exhilarating, but - and there is no way to sugar-coat this - it is also uncertain, gruelling and exhausting. If you chose this route, throw yourself into it – work hard, play fair, give it everything but be flexible. Remember that there is often more than one way to get where you want to go.

DISCLAIMER: The views expressed herein are those of the interviewee alone and do not necessarily reflect the views of the International Residual Mechanism for Criminal Tribunals or the United Nations in general.