In the latest in our series, profiling Irish and Northern Irish lawyers and jurists who have worked abroad, or are working abroad, we spoke with Paul Bradfield, who grew up in County Meath, and now works as a Prosecutor in the Office of the Director of Public Prosecutions in Dublin. 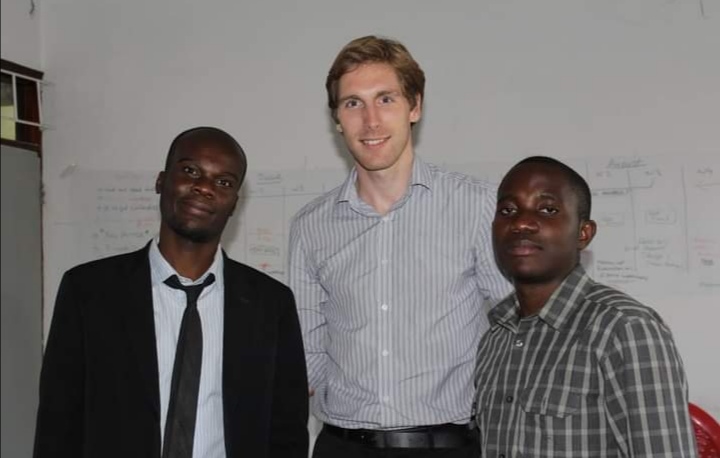 Paul in Malawi, with two of his legal aid colleagues, while working with IRLI

PB: After graduating with BA and LLB degrees from NUI Galway, an LLM in Criminal Justice from UCC, I was called to the Irish bar in 2009. However, I did not enter practice at that time, but instead embarked upon a decade of work in human rights and international criminal law. In 2016, I began doctoral studies at the Irish Centre for Human Rights, NUI Galway, and completed my PhD in March of this year. My thesis assesses the use of amnesty as a response to the civil war in northern Uganda.

During my undergraduate studies in NUI Galway, I studied Criminal Law with Dr. Diarmuid Griffin and Prof. Tom O’Malley. These two lecturers sparked my passion for criminal law, fair trial rights and the justice process in general. It prompted me to further specialise in the area, by undertaking a clinical LLM in University College Cork focusing on criminal justice. It was here that my passion for international criminal law in particular was fostered by the inspirational teaching of Prof. Siobhán Mullally. I knew by this time that I also wanted to train as an advocate, which led me to study at Kings Inns.

In my current role at the DPP, it is my hope to play a small role in the pursuit of justice and accountability for victims of serious crime in Ireland. I work on cases that mainly concern crimes of murder and sexual violence. In my short time in the office so far, I have seen how much accountability means to victims and their families. They feel vindicated, their suffering is acknowledged and their voice is heard through the giving of a victim impact statement at the end of the process.

My time in northern Uganda, where I worked as an Irish Aid United Nations Volunteer, was perhaps the most formative experience of my life, personally and professionally. Here, I lived and worked in a post-conflict region that was grappling with the legacy of a brutal civil war between the Lord’s Resistance Army (‘LRA’) and the government. Debates around amnesty, accountability and reparations were very contentious then, and continue to be. I also learned about the practical challenges involved in working to promote and enhance human rights in the field, and in a developing world context. More generally, during this time I reflected deeply on what justice means to people affected by conflict, and the limits of law in addressing mass atrocity. My experienced prompted me to pursue a doctorate assessing the use of amnesty as the primary response to the civil war in northern Uganda, and what lessons the international legal community can draw from it.

You have worked with the IRLI previously on the Malawi programme, can you tell us a little about the work?

In 2013, I was based in the Legal Aid Department in Lilongwe, along with two other IRLI Programme Lawyers, Jane O’Connell and Eithne Lynch. Our main task was seeking to address the problem of accused prisoners, both juvenile and adult, who were on long-term pre-trial remand. Many prisoners were languishing in prison for years awaiting trials that showed little prospect of being conducted. Our goal was essentially two-fold; first, to realise their constitutional right to bail, and second, seek to progress their trial hearing. One such method was IRLI’s facilitation of ‘camp courts’, which were in-prison bail hearings, and supporting local paralegals in their legal advocacy which empowered prisoners to advocate for their own rights. A lot of time and effort was involved in effecting bail; families and sureties had to be located and court dates secured. Once granted, it was incredibly rewarding to see long term remand prisoners - often sick, vulnerable or elderly - being released on bail and their constitutional rights vindicated. In addition, IRLI was also heavily involved in juvenile diversion programmes and capacity-building with local magistrates and the judiciary. 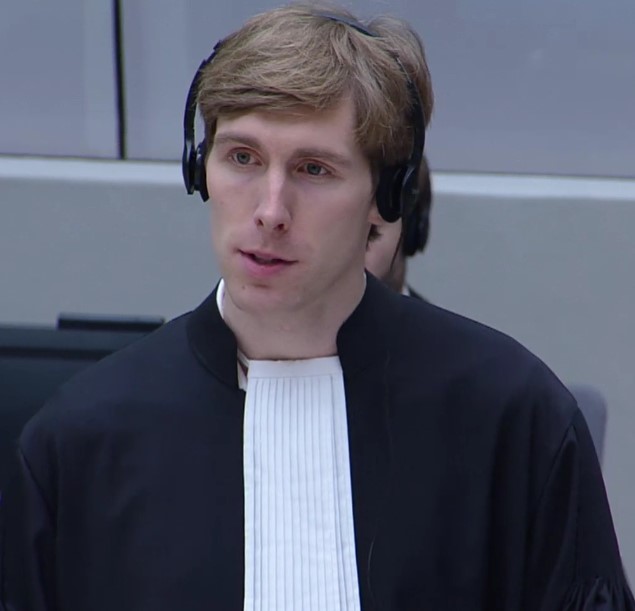 You spent several years in the Office of the Prosecutor (OTP) at the International Criminal Court (ICC), can you tell us about your time there and the work you were involved in?

I worked in the Prosecution Division of the OTP, first on the Bosco Ntaganda case, which concerned crimes committed in eastern DRC in 2002-2003. The case I mainly worked on however was the Dominic Ongwen case, a former LRA commander accused of committing crimes in northern Uganda between 2002-2005. My prior experience of living in the region where the alleged crimes occurred was of huge benefit, both in terms of understanding the cultural and political context, and being familiar with the area and its communities.

In the office in The Hague, my role was to review evidence, conduct legal research, draft legal submissions and appear in court to question witnesses. The type of witnesses I examined included former child solders, victims of sexual and gender-based crimes and expert witnesses. This was at times challenging but also incredibly rewarding – to lead a vulnerable witness through emotionally difficult testimony, and to see the cathartic effect this had for them by telling their story.

In Uganda, I was lucky enough to take part in field investigations, interviewing victims and former LRA fighters to record their statements. I also took part in regular outreach visits to Uganda, meeting local leaders and the affected communities in their own villages. These visits were hugely important, as they helped to build a strong relationship between the communities and the OTP, and gave victims a sense of ownership over proceedings that were ongoing thousands of miles away.

The Ongwen case is controversial in the sense he is both a perpetrator and a victim, as he was abducted into the LRA as a child. However, given the gravity of the crimes he committed, and the thousands of affected victims, the process of accountability – and reparations which will now begin – I feel was a necessary and important one.

I spent two college summers volunteering in Ghana and Kenya with SUAS (Irish charity that supports quality education in disadvantaged communities in Ireland and in developing countries), so I already had the travel bug by the time I graduated. I knew that by working abroad, experiencing different cultures and professional environments, it would bring professional and personal growth that I could someday put to good use here at home, in Ireland. I hope that I can start to do that now.

Your hopes working as you do

My professional and personal motivation has always remained the same, to work to help others. My mother always told me there is no better aim, and she is right. I feel lucky that, in the practice of law, I have found an interesting and fulfilling way to do that.

In my current role at the DPP, I would simply wish to continue the excellent work of the office by bringing justice to victims of serious crimes in Ireland.

Can you tell us about your current work at the office of the DPP in Dublin?

I work in the Superior Courts section, and manage case files that mainly concern crimes of murder, sexual assault and rape. It is my responsibility to liaise with prosecuting counsel, the Gardaí and the Defence to ensure all aspects of evidence gathering are completed, legal procedures followed, and disclosure obligations are adhered to. During trial, I attend court and follow the proceedings, giving instructions and assisting counsel on any issues arising. A key aspect in trial preparation is also meeting with the victim and their family members. Building rapport with the victim and guiding them and their family through what can be a difficult process is as important than any legal task I might do.

In short, do what you love to do. Pursue areas of law that give you the most professional and personal satisfaction. If you know what area of law you’re interested in, I recommend working to further specialise in that area, for example by engaging in further education such as a diploma or masters. It’s also a good idea to demonstrate your expertise by writing an academic article or review essay on a certain topic or recent case. If as a young graduate you are willing to experience a new working environment abroad, that would also be of huge benefit. For example, internships at the International Criminal Court or within the United Nations system can expose you to different perspectives, new ways of thinking and perhaps new areas of law that might lead to entirely new career paths being pursued.

If any young lawyers are interested to know more about pursuing a career in international criminal law, I would be happy to hear from them.