In the latest in our series profiling Irish and Northern Irish Lawyers who have worked abroad, we spoke with Fergal Gaynor, who has worked at the International Criminal Tribunal for the Former Yugoslavia (ICTY), represented victims before the International Criminal Court (ICC) and investigated crimes in Syria and Myanmar. He is currently working as the Reserve Chief Prosecutor at the Extraordinary Chambers of the Courts in Cambodia, commonly known as the Khmer Rouge Tribunal, and has recently been appointed as a Judge at the Kosovo Specialist Chambers. Fergal is Irish, born in Malawi.

FG: I graduated in law from Trinity College, Dublin and in international relations from Cambridge University. I trained as a solicitor at Freshfields in London, and, a decade later, re-qualified as a barrister in Dublin.

I was initially interested in working in development. I gravitated towards a career in international criminal justice after writing a thesis at Cambridge on the statutes of the UN tribunals for Rwanda and the former Yugoslavia.

The aim of international criminal justice is to provide a measure of justice to the victims of the worst crimes known to humanity, and to hold accountable those most responsible through fair trials. I strongly believe in bringing justice to those who have suffered as a result of crimes committed in times of armed conflict, and ensuring proper representation of both the accused and the victims, regardless of their race, nationality or religion.

Meeting both victims and perpetrators of atrocities is a powerful experience. Interaction with victims can affect you in different ways. In some instances, it is an affirming experience. As a prosecutor at the Yugoslavia tribunal, I met quite a few victims from Bosnia after they had testified in the courtroom. Many were overwhelmed with relief and gratitude. Having the opportunity to testify in a dignified environment, before judges and lawyers, who listened carefully to everything they said, meant a great deal.

I have also met victims who have felt betrayed and let down by international justice. In particular, my staff and I held meetings in many locations in Kenya with hundreds of victims of serious crimes, after the collapse of the ICC cases concerning those crimes. Many of the victims expressed anger at what they perceived to be the failure of the ICC to deliver justice, and to stand up effectively to obstruction of justice by those determined to persuade the ICC to walk away.

How important is the rule of law, in your opinion?

I passionately believe in upholding the rule of law. This includes ensuring full respect by States for their international treaty obligations, and full protection of fundamental rights of accused and victims. Robust respect for the rule of law benefits all of us. In an increasingly interconnected world, we are more reliant than ever on a rules-based international order.

I passionately believe that the rule of law helps to reinforce stability and security in post-conflict environments. Collectively, we spends relatively little on international justice, certainly in comparison with what we spend on keeping and equipping armies, navies and air forces. Yet the security benefits which flow from robust international justice processes are large. We need to reassess why we spend so much on military solutions, and so relatively little on international justice, as a means of ensuring a safer world. We need to be more assertive in promoting the rule of law as a means of reinforcing national and regional security.

I was born in Malawi, and raised there and in eSwatini, and I have lived most of my life outside Ireland. I never made a conscious decision to work abroad; it was more a case of following the opportunities that happened to arise.

You’ve worked at the the International Criminal Tribunal for the Former Yugoslavia (ICTY), can you tell us about your experiences there and what sort of work you were involved in?

I was a prosecutor at the ICTY for nine years, working mainly on the Bosnian Serb leadership cases. I had many different roles; researching and drafting legal submissions; interviewing witnesses; reviewing huge quantities of documentary evidence; examining and cross-examining witnesses in the courtroom; getting to grips with the technical evidence of expert witnesses; liaising with defence counsel. Building a major military or political leadership case requires dozens of staff working very long hours. It was an enormous privilege to work with staff from across the world in building strong evidentiary foundations which resulted in successful prosecutions.

And your work with the International Criminal Court (ICC) – what was it you did?

For over three years I represented the victims in the case against Uhuru Kenyatta, president of Kenya. The judges created a model of victim participation which required me to live in Kenya, returning to The Hague for pre-trial hearings. I lived in Kenya for most of 2013 and 2014, at a time when feelings among Kenyans concerning the ICC cases ran very high, and there were considerable security issues surrounding our work in Kenya.

More recently, I assisted victims in asserting their Rome Statute rights in litigation concerning whether the Prosecutor could or should begin an investigation into crimes committed in Afghanistan and Palestine, which are ICC States Parties. 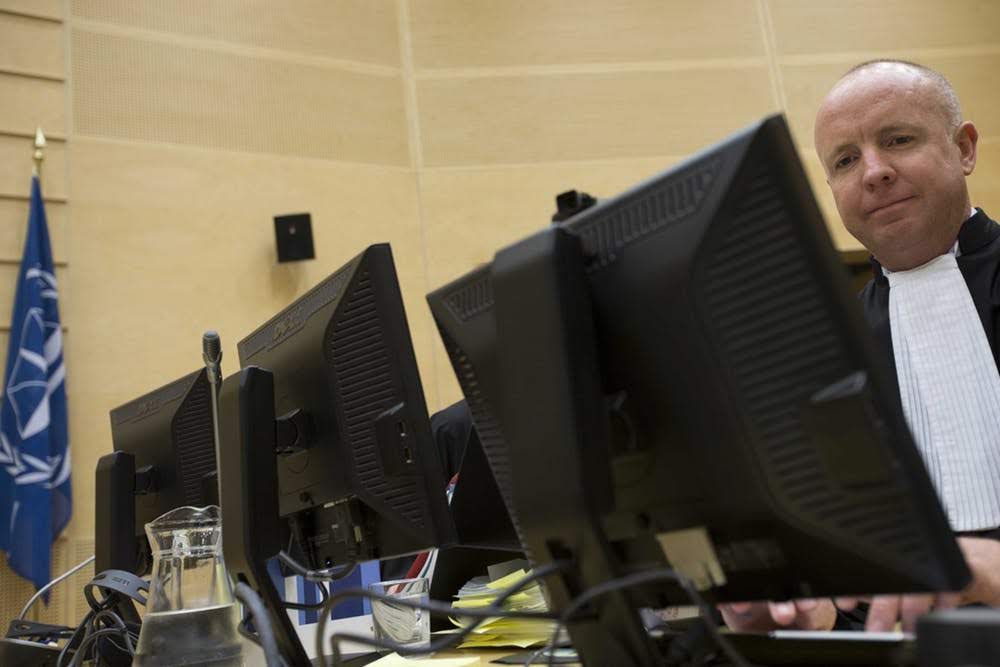 You were also involved in the investigation that led to the Special Tribunal for Lebanon. What did your role look like and how significant, in your opinion, is the outcome?

I worked as part of a UN investigative team interviewing witnesses and analysing data relating to the assassination of the former Lebanese prime minister, Rafik Hariri. This led to the establishment of the Special Tribunal for Lebanon. The outcome of the Tribunal’s work has been mixed. It was a step in the right direction as far as respect for the rule of law and ending the era of impunity are concerned, but many have expressed disappointment at what they perceived as the Tribunal’s modest achievements.

Can you tell us about your experiences investigating crimes in Myanmar and Syria?

I supervised investigative teams at an NGO that seeks to fill the gap caused by the failure of the UN Security Council to refer serious crimes in Syria and Myanmar to the ICC. The investigations I oversaw focus on the collection of what is informally called “linkage evidence” (the evidence that proves the participation of the accused in the crimes charged) and preparing criminal briefs against those most responsible for, mainly, crimes against detainees held by the Syrian government. The evidence consisted of hundreds of thousands of pages of communications within and among Syrian government intelligence and military units, at every level, and a large array of other forms of evidence, including photographs of thousands of corpses of those who died in detention, taken by Syrian military police. We also interviewed large numbers of witnesses, both victims and defectors from the Syrian government forces. I was also involved in the preliminary stages of an investigation into crimes committed by the defence forces of Myanmar.

What does your work with the Khmer Rouge Tribunal involve? Why did you decide to become involved in this work?

I worked as a prosecutor at the Khmer Rouge Tribunal in 2015 and 2016. I am now the Reserve International Co-Prosecutor at the Tribunal. I had long been interested in the Khmer Rouge period, and in understanding how a government could methodically force its people down a path of dismantlement of its society, disintegration of its institutions, and deliberate destruction of a large proportion of its population.

The Khmer Rouge Tribunal is one of the so-called “hybrid” or “mixed” tribunals: staff from the post-conflict country work alongside international staff, implementing a blend of national and international law. I was interested in seeing how this model works on the ground, as I passionately believe in involving nationals of the post-conflict country as much as possible in the justice process. 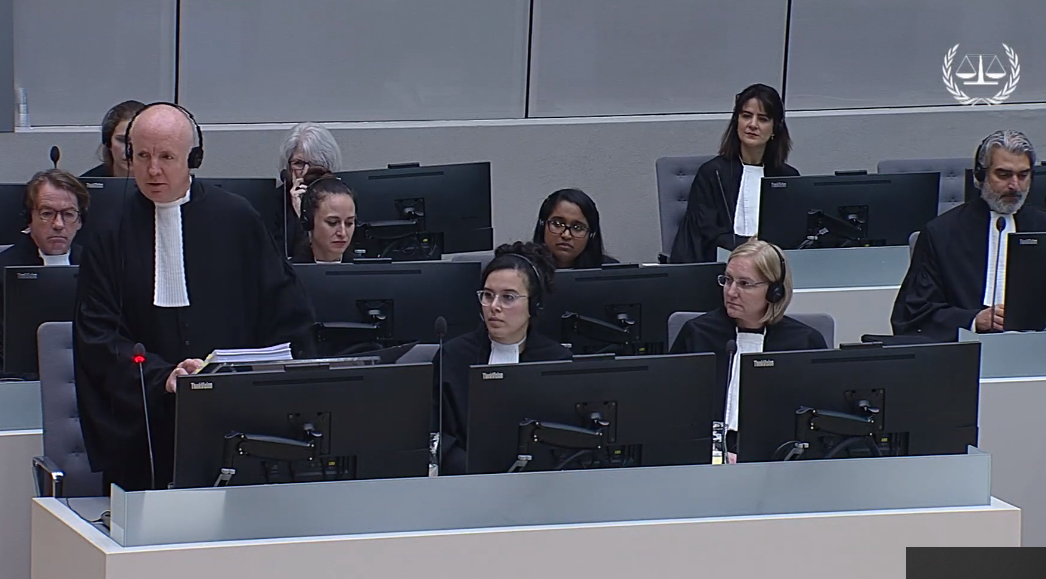 You’ve recently been appointed as a Judge at the Kosovo Specialist Chambers, can you tell us what this means? What is the KSC? And what is its relevance?

I was appointed a Judge of the KSC in 2020. The KSC is a court in The Hague which is within the Kosovo legal system. It was established pursuant to an international agreement ratified by the Kosovo Assembly. The KSC has jurisdiction over crimes against humanity, war crimes and other crimes under Kosovo law, which were commenced or committed in Kosovo between 1 January 1998 and 31 December 2000 by or against citizens of Kosovo or the Federal Republic of Yugoslavia.

International criminal justice is endlessly fascinating. The legal and procedural questions are intellectually stimulating, and the work can have a genuinely beneficial impact in helping societies that have been torn apart by conflict.

It’s not about making an impact as an individual. I am more interested in working with others to uphold the rights of both victims and accused persons in order to bring a credible justice process to societies who desperately deserve justice. 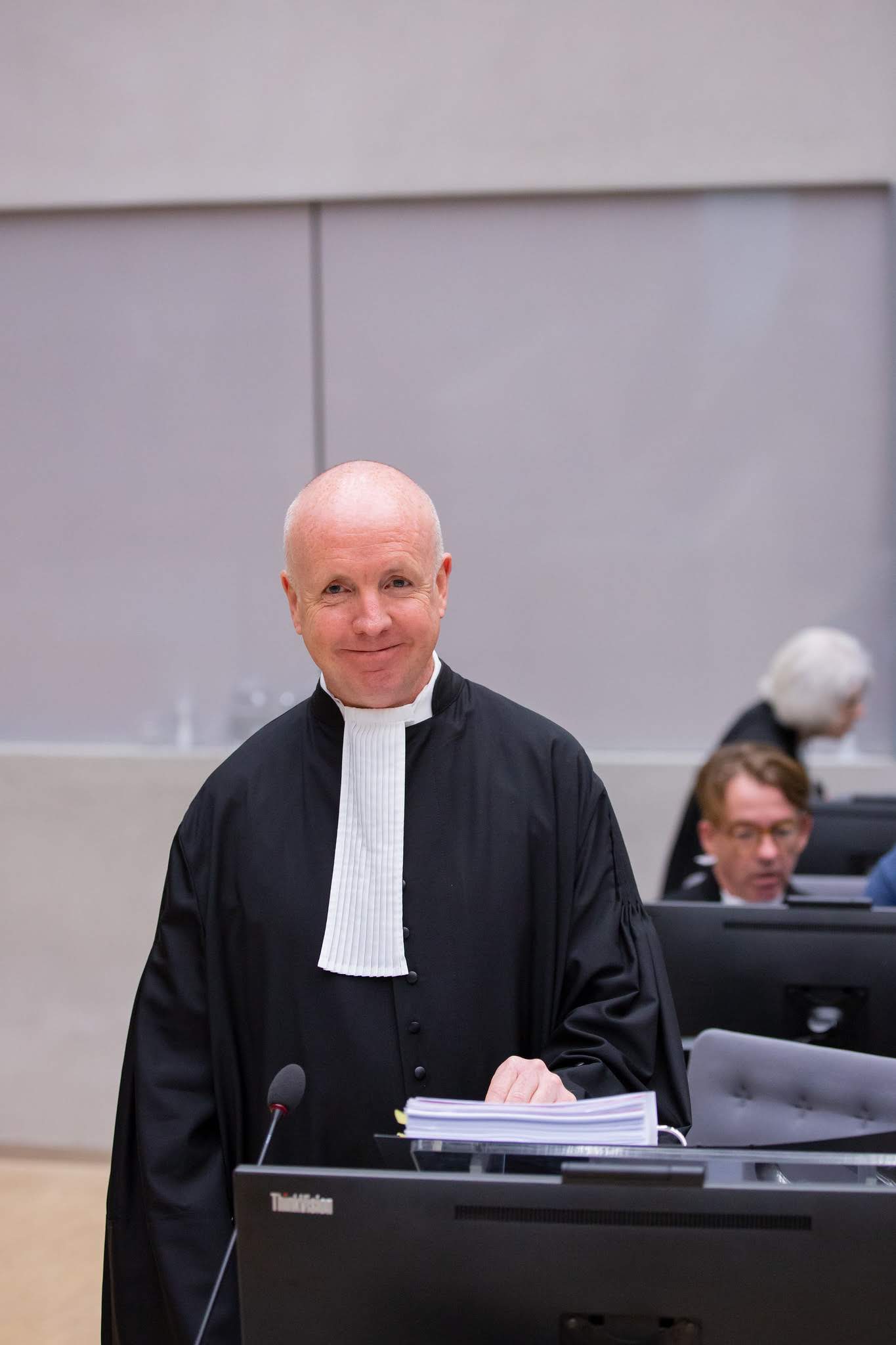 First, do not allow others to place limits on your ambition. Second, follow your passion. You are more likely to excel in a field of law for which you have a genuine passion. Third, never stop learning. Wherever you are in your career, make the most of the learning opportunities presented to you. In particular, take a strong interest in learning and applying the ethical principles of legal practice.