In the latest in our series, profiling Irish and Northern Irish people who work in the legal sphere, we spoke with Lynn Sheehan, Chief of Staff at EUCAP Sahel Niger. EUCAP Sahel Niger is an EU Common Security and Defence Policy (CSDP) mission based in Niamey, Niger.

IRLI: Tell us about who you are and what you do?

LS: I am a solicitor from Cork, and I practised in Ireland as a trainee solicitor/solicitor for about 10 years.  I practised at both Philip Lee Solicitors (Dublin) and Ronan Daly Jermyn Solicitors (Cork). During that time, I also lectured and tutored at the Law School of the Law Society of Ireland in EU law and served as an internal and external examiner on the professional practice courses.

Since 2004, I have been working overseas, principally for EU CSDP missions, but I have also worked in other EU missions/projects in Bosnia and Herzegovina (2004-2008) and Kosovo (2008-2012).  I have also done some short-term assignments for the United Nations Development Programme (UNDP) in Myanmar.

Currently, I work as Chief of Staff at EUCAP Sahel Niger, which has a mandate to support the security forces in Niger in 3 thematic areas – counter terrorism, organised crime and irregular migration.  The mission has a staff of approximately 200 people from EU member states and also from Niger.  There are 29 people in the Chief of Staff Department of the mission and we provide support to our colleagues in a range of areas – legal, political, press and public information, international coordination and gender and human rights.

I graduated from UCC in 1992 and I have a Masters in European Studies from the Universidad Autónoma de Barcelona (1994) and from the College of Europe, Bruges (1995). I qualified as a solicitor in 1999. I am currently studying for an LLM by research (part time) at UCC and my thesis is on the Israeli/Palestinian conflict and whether the current legal frameworks facilitate a peace agreement.

I became interested in law in an international context after a road trip to Sarajevo in 2003 with a solicitor friend of mine.  We met people working for the Office of the High Representative in Bosnia and Herzegovina (at the time it was Paddy Ashdown). It was the first time I had thought about using my legal skills in a more contextual way in terms of international relations, geopolitics and development.

I know it sounds cliché, but my hope is that the EU missions for which I work will have a positive impact in the countries in which they are based. Since 2012, I have been working, pretty much exclusively, on justice and security sector reform which have become really key issues in the world in which we live.  Since I have started to work in this area, the security threats have really changed (e.g. nature of terrorist organisations, hybrid threats, cyber security and security/climate change nexus).  And this is even without discussing what is happening in Ukraine and to the Ukrainian people at the moment.

I think one of the most interesting projects in which I was involved was in 2008 in the newly independent Kosovo.  I arrived in Pristina a few months after it had declared independence to work for the International Civilian Office (ICO)/EU Special Representative, which was a temporary organisation established to supervise the independence of Kosovo and to protect the rights of minority communities post-independence.  It was led by a Dutch diplomat, Pieter Feith who was an incredible and inspirational leader.  It was such a privilege to be able to observe the process and to support the Kosovo government in asserting its position in the world.  It was one of my first experiences working in the international community and I got to play a role in really challenging legal work, e.g. drafting constitutional amendments to bring an end to supervised independence, the border demarcation agreement with North Macedonia. 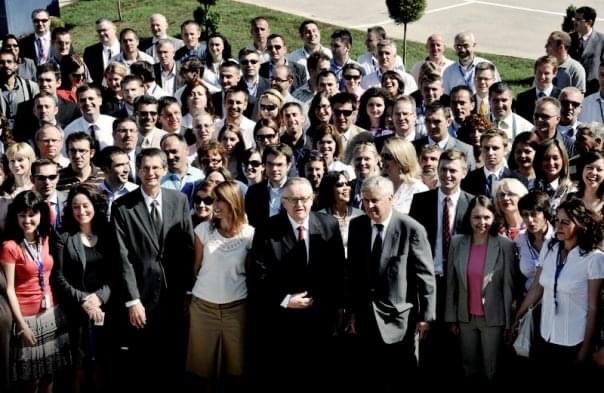 Another huge privilege for me was to get to work in Ukraine from 2016-2020 and to experience firsthand the incredible resilience of the Ukrainians whom I met.  Given the time that I spent in Kyiv I was not at all surprised by their reaction to Russia’s military aggression that commenced on 24 February.  I made many good friends during those 4 years and I had incredible colleagues – it goes without saying that my admiration for them has grown even more since 24 February.

During my time in Ukraine I tried to reinforce ties between Ireland and Ukraine through a range of study visits for Ukrainian judges to Ireland to observe the Irish legal system first hand.  In addition, the then Chief Justice of Ireland (Mr. Justice Frank Clarke), Supreme Court Judge (Mr. Justice John MacMenamin), President of the Court of Appeal (Mr. Justice George Birmingham) and Circuit Court Judge (Her Honour Judge Helen Boyle) visited Ukraine and delivered training/exchanged best practice with Ukrainian judges in both 2017 and 2018. 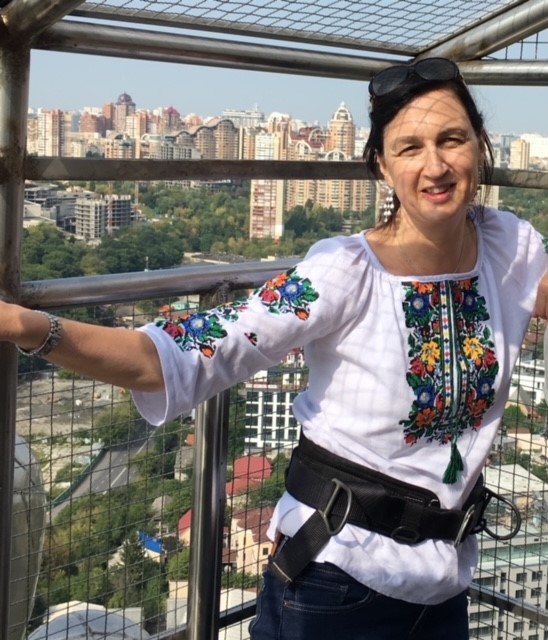 You spent time working in Bosnia and Herzegovina, Kosovo (which you’ve talked a little about), Palestine, Brussels, Ukraine and Niger, what did you do in these countries? Can you tell us about your work there?

Bosnia and Herzegovina (2004-2008):  In Bosnia and Herzegovina (BiH) I was appointed to the High Judicial and Prosecutorial Council by Paddy Ashdown (international supervisor in BiH at the time) as an international member of the council.  The role of the council, in broad terms, was to implement justice sector reforms after the end of the war in 1995.  It is also the appointment and disciplinary body for judges and prosecutors in BiH.

Kosovo (2008-2012):  I was Head of the Legal Unit of the International Civilian Office (ICO - international supervisor in Kosovo after Kosovo declared independence in 2008).  The ICO was responsible for implementing the Ahtisaari Peace Plan, one of the aims of which was to ensure the rights of the Serb (and other minority communities) in Kosovo after 2008.  The ICO was “status positive” meaning it supported the Kosovo Government post the declaration of independence.

Palestine (2012-2015):  I was Head of the Rule of Law Section of the EU CSDP ( Common Security and Defence Policy) mission in Ramallah (EUPOL COPPS- the EU Coordinating Office for Palestinian Police Support), deployed by the Irish Department of Foreign Affairs and Trade.  The Rule of Law Section was responsible for advising all justice sector bodies in the West Bank on ways in which the rule of law could be reinforced.

European External Action Service (BXL) (2015-2016):  I worked as Senior Rule of Law Expert for the Civilian Operations Commander, who is responsible for overseeing all of the EU civilian CSDP missions.  There are 11 missions in Europe, the Middle East and Africa.  I have worked for EUPOL COPPS, the European Union Advisory Mission (EUAM) Ukraine and I am currently working for EUCAP Sahel Niger.  In each of these missions, I am deployed by the Irish Department of Foreign Affairs and Trade.

Ukraine (2016-2020):  I worked as Deputy Head of Operations at EUAM Ukraine, a CSDP mission based in Kyiv but with field offices across the country.  The mission provides (and continues to provide) strategic advice and training to the justice and security sector actors in Ukraine.. Of course, my time working in Ukraine has taken on a very particular significance for me now.

Since 2020, I have been working in Niger as Chief of Staff at EUCAP Sahel Niger.

I think a legal education is a good basis to do many different things.  As a lawyer, when you meet lawyers from elsewhere in the world, you already have something in common in terms of a shared understanding, perspective and logic.  What I have learned since beginning my career overseas in 2004, principally through all the people I have met, is that there is not just one path after you graduate from law school.  There are a multitude of wonderful possibilities and a contribution can be made, even if it is not in a really linear way.